Physical copies of each title will be available after individual release dates. You can also preorder the Kobo ebooks through the links below for automatic download once the books release.

After a nearly 20-year career as a journalist, Lyssa Kay Adams's dreams of writing and publishing her own HEAs came true in 2015 with the release of her first novel. Today, she writes full-time from her home in Michigan with a pesky, fluffy K9 assistant named Domino who spends most of his day snoring on her desk (that is, when he's not burying things around the house). 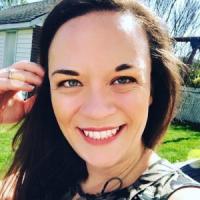 New York Times bestselling author Tessa Bailey is originally from Carlsbad, California. The day after high school graduation, she packed her yearbook, ripped jeans, and laptop, and drove cross-country to New York City in under four days. Her most valuable life experiences were learned thereafter while waitressing at K-Dees, a Manhattan pub owned by her uncle. Inside those four walls, she met her husband, best friend, and discovered the magic of classic rock, managing to put herself through Kingsborough Community College and the English program at Pace University at the same time. Several stunted attempts to enter the work force as a journalist followed, but romance writing continued to demand her attention. She now lives in Long Island, New York with her husband and daughter. Although she is severely sleep-deprived, she is incredibly happy to be living her dream of writing about people falling in love. 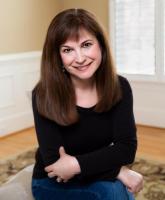 New York Times and USA Today bestselling author Ginny Baird writes heartwarming contemporary romance. She's published more than twenty-five novels and novellas, both independently and with traditional publishers, and is a member of Romance Writers of America and Novelists, Inc. When she's not writing, Ginny enjoys cooking, biking, and taking long walks in the woods with her Labrador retriever. She lives with her own personal hero in Virginia, where the couple has created a welcoming nest for their blended family of six children and significant others.

Sarah Smith is a copywriter turned author who wants to make the world a lovelier place, one kissing story at a time. Her love of romance began when she was eight and she discovered her auntie's stash of romance novels. She's been hooked ever since. When she's not writing, you can find her hiking, eating chocolate, and perfecting her lumpia recipe. She lives in Bend, Oregon, with her husband and her adorable cat, Salem.

A hacktivist and a cat café owner decode the friend zone in this romantic comedy from the author of Undercover Bromance.

Alexis Carlisle and her cat café, ToeBeans, have shot to fame after she came forward as a victim of a celebrity chef's sexual harassment. When a new customer approaches to confide in her, the last thing Alexis expects is for the woman to claim they're sisters. Unsure what to do, Alexis turns to the only man she trusts--her best friend, Noah Logan.

Computer genius Noah left his rebellious teenage hacker past behind to become a computer security expert. Now he only uses his old skills for the right cause. But Noah's got a secret: He's madly in love with Alexis. When she asks for his help, he wonders if the timing will ever be right to confess his crush.

Noah's pals in The Bromance Book Club are more than willing to share their beloved "manuals" to help him go from bud to boyfriend. But he must decide if telling the truth is worth risking the best friendship he's ever had.

Tools of Engagement: A Novel (Paperback)

In Tessa Bailey's latest rom-com, two enemies team up to flip a house... and the sparks between them might burn the place down or ignite a passion that neither can ignore!

Hair, makeup, clothing, decor... everything in Bethany Castle's world is organized, planned, and styled to perfection. Which is why the homes she designs for her family's real estate business are the most coveted in town. The only thing not perfect? Her track record with men. She's on a dating hiatus and after helping her friends achieve their dreams, Bethany finally has time to focus on her own: flip a house, from framework to furnishings, all by herself. Except her older brother runs the company and refuses to take her seriously.

When a television producer gets wind of the Castle sibling rivalry, they're invited on Flip Off, a competition to see who can do the best renovation. Bethany wants bragging rights, but she needs a crew and the only member of her brother's construction team willing to jump ship is Wes Daniels, the new guy in town. His Texas drawl and handsome face got under Bethany's skin on day one, but the last thing she needs is some cocky young cowboy in her way.

As the race to renovate heats up, Wes and Bethany are forced into close quarters, trading barbs and biting banter as they remodel the ugliest house on the block. It's a labor of love, hate, and everything in between, and soon sparks are flying. But Bethany's perfectly structured life is one kiss away from going up in smoke and she knows falling for a guy like Wes would be a flipping disaster.

Saying "I do" has never been this much fun in this charming new romance from New York Times bestselling author Ginny Baird.

Hope Webb can't believe her twin sister, Jackie, is begging her to swap places and play fiancée at Jackie's pre-wedding festivities. Sure, it's only a business-deal sort of marriage, but Hope is a carb-loving teacher who enjoys curling up with a good book. Jackie is a workaholic whose idea of a good time is a brisk five-mile run at the crack of dawn. The two sisters couldn't be more opposite.

Now Hope is stuck in the middle of a warm, tight-knit family she can't help but adore and a groom who turns out to be entirely wonderful...for her.

Hotel magnate Brent Albright knows something is off about his fiancée, but he doesn't care. Gone is the driven woman with similar career goals, and in her place is someone warm and funny who not only charms his family but him as well. She's doing everything she can to avoid him, but that's probably just nerves. Two people about to wed couldn't know each other less.

Now Brent is determined to woo his fiancée, for real this time, because the more he gets to know her, the more his sweet fiancée turns out to be entirely wonderful...for him.

And that's when things start to get really complicated...

In this finger-licking good rom-com, two is the perfect number of cooks in the kitchen.

Nikki DiMarco knew life wouldn't be all sunshine and coconuts when she quit her dream job to help her mom serve up mouthwatering Filipino dishes to hungry beach goers, but she didn't expect the Maui food truck scene to be so eat-or-be-eaten--or the competition to be so smoking hot.

But Tiva's Filipina Kusina has faced bigger road bumps than the arrival of Callum James. Nikki doesn't care how delectable the British food truck owner is--he rudely set up shop next to her coveted beach parking spot. He's stealing her customers and fanning the flames of a public feud that makes her see sparks.

The solution? Let the upcoming Maui Food Festival decide their fate. Winner keeps the spot. Loser pounds sand. But the longer their rivalry simmers, the more Nikki starts to see a different side of Callum...a sweet, protective side. Is she brave enough to call a truce? Or will trusting Callum with her heart mean jumping from the frying pan into the fire?

One of OprahMag.com’s Best Romances of 2020

Braden Mack thinks reading romance novels makes him an expert in love, but he’ll soon discover that real life is better than fiction.

The first rule of book club: You don't talk about book club.

Love Her or Lose Her: A Novel (Paperback)

Fix Her Up: A Novel (Paperback)

“Fix Her Up ticks all my romance boxes. Not only is it hilarious, it’s sweet, endearing, heartwarming and downright sexy. It’s a recipe for the perfect love story.” – Helena Hunting, New York Times bestselling author of Meet Cute