Join this panel of authors with steamy summer YA releases across all subgenres. These books come out throughout May and June, and you're going to want to read all of them!

This is a paid event. Purchase a ticket below, which gets you entry into the event and the featured title of your choice. Each additional title you order gets a larger discount, so stock up your summer TBR pile by adjusting the number of titles.

We will send the Zoom link the morning of the event to anyone who has purchased a ticket.

UPDATE: Sadly, Destiny Soria has lost her voice and will not be able to participate in the panel.

Sophie Jordan grew up in the Texas hill country where she wove fantasies of dragons, warriors, and princesses. A former high school English teacher, she's a New York Times, USA Today, and international best-selling author of over thirty novels, including The Me I Meant to Be and Kissing Lessons. She now lives in Houston with her family. When she's not writing, she spends her time overloading on caffeine (lattes preferred), talking plotlines with anyone who will listen (including her kids), and cramming her DVR with true-crime and reality TV shows.

Molly E. Lee writes adult and young adult contemporary featuring strong female heroines who are unafraid to challenge their male counterparts, yet still vulnerable enough to have love sneak up on them. In addition to being a military spouse and mother of two plus one stubborn English bulldog, Molly loves hiking, enjoying the outdoors around her mountain home, and digging for treasures in antique stores. She is the author of Ask Me Anything, the Grad Night series, and the Love on the Edge series. 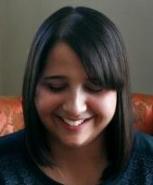 Destiny Soria spent her childhood playing with sticks in the woods and exploring such distinguished careers as Forest Bandit, Wayward Orphan, and Fairy Queen. In later years, she ran away to New Zealand for seven months, where she backpacked across the wilderlands, petted fluffy sheep, and gave tours of a haunted prison. Nowadays she lives and works in the shadow of the mighty Vulcan statue in Birmingham, Alabama.

Jordyn Taylor is a New York City-based writer and journalist, currently the deputy editor at Men's Health magazine; her work has appeared in the New York Observer, Mic, and Glamour.com.

Zoe Hana Mikuta currently attends the University of Washington in Seattle, studying English with a creative writing focus. She grew up in Boulder, Colorado, where she developed a deep love of Muay Thai kickboxing and nurtured a slow and steady infatuation for fictional worlds. When she is not writing, Zoe can be found embroidering runes onto her jean pockets, studying tarot or herbology, or curled up with a cup of caramel coffee and a good, bloody but heartwarming book. Gearbreakers is her debut novel.

In this irreverent regency romp by New York Times best-selling author Sophie Jordan, newly minted sixteen-year-old Primrose Ainsworth finds herself on a wayward birthday adventure through London with a mysterious hero—perfect for fans of My Lady Jane.


The youngest of four daughters, Primrose Ainsworth is used to g

“What to read after A Court of Thorns and Roses! Full of twists you’ll never see coming!” –UppercaseYA

I’ve never been a stranger to the darkness. But when darkness comes knocking and looks that good, who wouldn’t invite him in?

Raised to be fierce dragon slayers, two sisters end up on opposite sides of the impending war when one sister forms an unlikely, magical bond with a dragon in this standalone YA contemporary fantasy that Kirkus calls "an exciting, inclusive fantasy." The perfect read for fans of Slayer and Sorcery of Thorns.

"A fast-paced, exhilarating story about a boarding school shrouded in secrecy and the girl who will do anything to right the institution's wrongs." —Jessica Goodman, Indiebound bestselling author of They Wish They Were Us

We went past praying to deities and started to build them instead...