Join this panel of authors with steamy summer releases across romance subgenres. These books come out throughout June and July, and you're going to want to read all of them! Build your summer TBR pile with Lucy Gilmore, Adriana Herrera, Cheris Hodges, Amalie Howard, and Gena Showalter, moderated by our own Anna Brown. 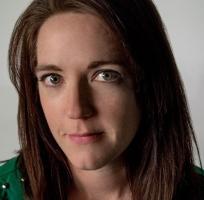 Lucy Gilmore is a contemporary romance author with a love of puppies, rainbows, and happily ever afters. She began her reading (and writing) career as an English literature major and ended as a die-hard fan of romance in all forms. When she's not rolling around with her two Akitas, she can be found hiking, biking, or with her nose buried in a book 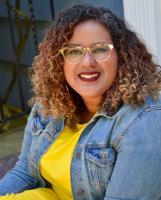 Adriana Herrera was born and raised in the Caribbean, but for the last 15 years has let her job (and her spouse) take her all over the world. She loves writing stories about people who look and sound like her people, getting unapologetic happy endings.

Cheris Hodges was bitten by the writing bug at an early age and always knew she wanted to be a writer. She wrote her first romance novel, Revelations, after having a vivid dream about the characters. She hopped out of bed at 2 A.M. and started writing. A graduate of Johnson C. Smith University and a winner of the NC Press Association's community journalism award, Cheris lives in Charlotte, North Carolina, where she is a freelance journalist. She loves hearing from her readers. Follow Cheris on Twitter @CherisHodges or friend her on Facebook at Cheris Hodges.

Amalie Howard is the bestselling author of The Beast of Beswick, one of O, The Oprah Magazine's 24 Best to Read, and the coauthor of the #1 bestsellers in regency romance and Scottish historical romance, My Rogue, My Ruin and What A Scot Wants. She has also penned several award-winning young adult novels, critically acclaimed by Kirkus, Publishers Weekly, VOYA, School Library Journal, and Booklist. Of Indo-Caribbean descent, she has written articles on multicultural fiction for The Portland Book Review and Ravishly magazine. She currently lives in Colorado with her husband and three children. Visit her at amaliehoward.com.

Gena Showalter is the New York Times and USA TODAY bestselling author of over seventy books, including the acclaimed Lords of the Underworld series, the Gods of War series, the White Rabbit Chronicles, and the Forest of Good and Evil series. She writes sizzling paranormal romance, heartwarming contemporary romance, and unputdownable young adult novels, and lives in Oklahoma City with her family and menagerie of dogs. Visit her at GenaShowalter.com.

It's the most anticipated sporting even of the year: PUPPY FOOTBALL But this year things get a little complicated when:

Their family's historic bed-and-breakfast in Charleston, South Carolina, is a legacy the four very different Richardson sisters are determined to protect at all costs. But sudden passion is a
seductive--and dangerous--complication...

Born to an Indian maharaja and a British noblewoman, Princess Sarani Rao has it all: beauty, riches, and a crown. But when Sarani's father is murdered, her only hope is the next ship out--captained by the boy she once loved...and spurned.

Don't miss the first book in New York Times bestselling author Gena Showalter's sexy, heart-pounding new Immortal Enemies series about a ruthless warrior hellbent on revenge, the fae princess determined to thwart him at every turn, and the desire that threatens to consume them in Heartless.