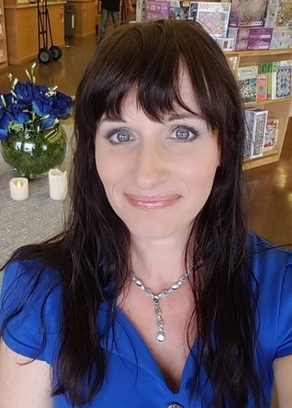 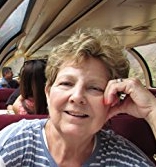 Hitch Your Wagon to a Star (Paperback)

Upon retirement, I decided to embark on a journey to uncover the realities that made my mother who she was. My mother is not famous, at least not in the usual sense. Instead, she made inroads for other women, including her three daughters, which resonate to this day as trailblazers. The history surrounding her life is filled with incredible victories on a global scale as well as simply personally. Women were not appreciated as intelligent, able-bodied and purposeful beings except (sometimes!) in the privacy of their homes. Mother knew life for women had to change, and she internalized proclamations from early feminists such as Margaret Sanger who said, "Woman must not accept; she must challenge. She must not be awed by that which has been built up around her; she must reverence that woman in her which struggles for expression."

My book, Hitch Your Wagon to a Star, chronicles a woman's life from the poverty of the 1920's through the years of the Oil Boom, the Great Depression, and an amazing emergence from those years based on the economy's reaction to World War II. It continues into the Post War years of the "Red Scare" and the Baby Boom and culminates with a personal change that engenders a new focus and a second chance at life. Names were not changed and are real. The heart of my book is the truth that possibilities exist and can become realities for those who are sufficiently determined and is based on conquering difficulties in the face of a daunting list of stumbling blocks. 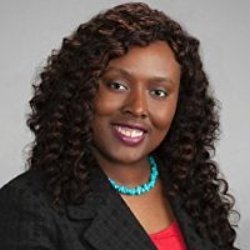 Peyton Woodson Cooper has an essay included in Chicken Soup for the Soul: Best Mom Ever!  Come meet the author and pick up a signed copy just in time for Mother's Day!

Chicken Soup for the Soul: Best Mom Ever!: 101 Stories of Gratitude, Love and Wisdom (Paperback)

Chicken Soup for the Soul: Best Mom Ever! is full of loving and entertaining anecdotes by grateful children, all in praise of the woman who encourages them, supports them, and most importantly, loves them. These stories will brighten any mother’s day, and show her that the kids were paying attention after all. 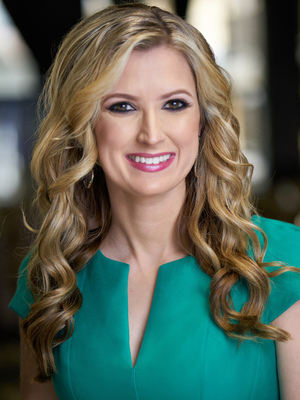 Rebekah Gregory signs Taking My Life Back: My Story of Faith, Determination, and Surviving the Boston Marathon Bombing.

Taking My Life Back: My Story of Faith, Determination, and Surviving the Boston Marathon Bombing (Hardcover)

"It is impossible to remain unmoved by Gregory's emotional, open memoir of surviving the Boston Marathon bombing in 2013. . . . This is a truly feel-good book that doesn't stint on the challenges that life throws at us."--Publishers Weekly, starred review

We are thrilled to welcome Abbi Glines back to the store to sign her latest New Adult and Young Adult novels, Up in Flames and Under the Lights.

As the Prada-clad bad girl of Rosemary Beach, Nan Dillon has been called every vile name under the hot summer sun. Some of her reputation is deserved—she’s never had to worry about anything but maintaining her perfect figure and splitting Daddy’s private jet with her brother, Rush.

But Nan is far from happy. Rush has another kid on the way and doesn’t have time to catch up with his sister. Grant, the last guy she truly cared about, chose to be with her half-sister, Harlow, instead of her. And Harlow, who has never gotten over the way Nan treated her when she first moved to town, remains distant.

So when Major asks her out, she jumps at the chance to date the gorgeous charmer. Though she doesn’t know much about the sweet-talking Texan, and though it’s clear he doesn’t want to be exclusive, dating him beats hanging out with vapid socialites or watching Netflix alone at home.

For a while, Nan deals with Major’s playboy ways, but after he burns her one too many times, she takes off for an impromptu wild weekend in Vegas. There, she meets Gannon, a darkly seductive and oh-so-dangerous businessman who knows exactly how to handle her.

With Major asking for a second chance and Gannon haunting her dreams, Nan has to decide who to give her heart to. But what she doesn’t realize is that these players are involved in a much bigger game—and they’re already two moves ahead of her.

CLICK ON COVERS TO ORDER THE ROSEMARY BEACH SERIES

Under the Lights (Field Party) (Hardcover)

Willa can’t erase the bad decisions of her past that led her down the path she’s on now. But she can fight for forgiveness from her family. And she can protect herself by refusing to let anyone else get close to her.

High school quarterback and town golden boy Brady used to be the best of friends with Willa—she even had a crush on him when they were kids. But that’s all changed now: her life choices have made her a different person from the girl he used to know.

Gunner used to be friends with Willa and Brady, too. He too is larger than life and a high school football star—not to mention that his family basically owns the town of Lawton. He loves his life, and doesn’t care about anyone except himself. But Willa is the exception—and he understands the girl she’s become in a way no one else can.

As secrets come to light and hearts are broken, these former childhood friends must face the truth about growing up and falling in love…even if it means losing each other forever.

To everyone who knows him, West Ashby has always been that guy: the cocky, popular, way-too-handsome-for-his-own-good football god who led Lawton High to the state championships. But while West may be Big Man on Campus on the outside, on the inside he’s battling the grief that comes with watching his father slowly die of cancer.

Two years ago, Maggie Carleton’s life fell apart when her father murdered her mother. And after she told the police what happened, she stopped speaking and hasn’t spoken since. Even the move to Lawton, Alabama, couldn’t draw Maggie back out. So she stayed quiet, keeping her sorrow and her fractured heart hidden away.

As West’s pain becomes too much to handle, he knows he needs to talk to someone about his father—so in the dark shadows of a post-game party, he opens up to the one girl who he knows won’t tell anyone else.

West expected that talking about his dad would bring some relief, or at least a flood of emotions he couldn’t control. But he never expected the quiet new girl to reply, to reveal a pain even deeper than his own—or for them to form a connection so strong that he couldn’t ever let her go…

FIRST THURSDAY OF EVERY MONTH

This month's meeting is extra thrilling!  Author Colleen Thompson joins us to discuss her suspenseful title The Off Season.

The Off Season (Paperback)

Winter winds off the Atlantic have turned the tourist mecca of Seaside Creek, New Jersey, into a ghost town. Dr. Christina Paxton, however, is growing accustomed to living with ghosts. Recently widowed, the emergency room physician has returned to the shore with her young daughter, house-sitting a sprawling beachside Victorian home. One night, her two-year-old calls her by a name that makes Christina’s blood run cold and sends her thoughts spiraling back thirty years.

Deeply unnerved, and certain someone else is in the house, she flees with her child into the cold night, only to come face-to-face with Chief Harris Bowers, a former classmate with whom Christina has a complicated history. Now divorced, Harris hopes to mend their past, but Christina is wary of being played for a fool again. As threats emerge, Christina and her small family find themselves in grave danger. It seems there is no one she can put her trust in—least of all herself.

NYT Bestselling author Kerrelyn Sparks premiers How to Tame a Beast in Seven Days, the first book in a thrilling new series.  The Embraced is a paranormal/fantasy series, best described as "Game of Thrones" meets "The Princess Bride".

How to Tame a Beast in Seven Days: A Novel of the Embraced (Mass Market)

This world has two moons, and twice a year they eclipse (or embrace). A child born on the night the moons embrace will be gifted with a supernatural power. They are called the Embraced.

Each of the five heroines is Embraced, so they all have a different kind of power. Of course, the heroes also have some awesome powers!

So what can you expect? Action, adventure, suspense, spooky stuff, shifters, dragons, elves, witches, lots of laughs, and of course, plenty of romance!