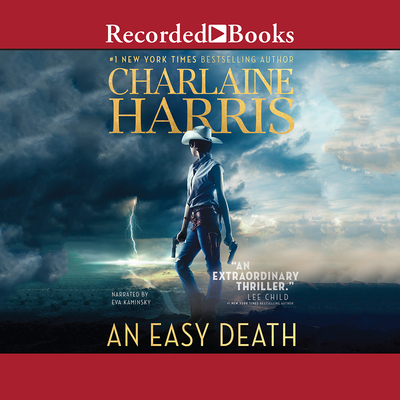 By Charlaine Harris
$29.99
In Stock at Our Warehouse - Usually Ships in 1-5 Days

#1 New York Times bestseller Charlaine Harris (Sookie Stackhouse mysteries, True Blood, Midnight Crossing) delivers the first thriller in a new trilogy that presents a chilling alternate history of the United States where everyone believes in magic-but no one is sure whether they can trust it. Gunnie Lizbeth Rose has been hired by a pair of Russian sorcerers as both their local guide and muscle through the small towns of East Texas as they search for a distant relative of an infamous sorcerer whose bloodline can help save their emperor-in-exile as an ever increasing number of assassins tries to stop them. After the assassination of FDR in the 1930s, the US collapses and is picked off by the UK, Canada, Mexico, and Russia. We find ourselves in the southwestern states now known as Texoma. It is here that the gunnie Lizbeth Rose tries to piece out a life, running security on runs from Texoma, across the border to Mexico where work and prospects are stronger. When two Russian magicians come looking for a man named Alex Karkarov, they hire Lizbeth to find him or his family, but there are problems: The man they're looking for is dead, but he has a daughter they now need to find, as an ever-growing set of sorcerers and gunnies do not want them to succeed. It's a good thing Lizbeth is a deadly gunfighter; too bad she hates sorcerers, even the ones she has to learn to rely on. #1 New York Times bestseller Charlaine Harris (Sookie Stackhouse mysteries/True Blood, Midnight Crossing) returns to fantasy in a taut thriller set in a United States where magic is an acknowledged truth, but disreputable.