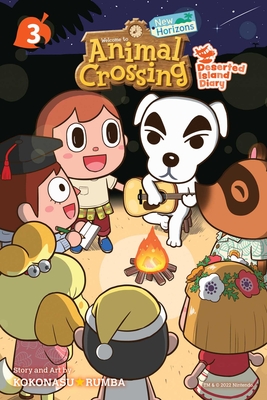 This is book number 3 in the Animal Crossing: New Horizons series.

Join your favorite characters from Animal Crossing™: New Horizons for all-new adventures in this official manga!

What do the residents of Animal Crossing™: New Horizons get up to when you’re not around? Find out all about their antics in this hilarious manga filled with goofy gags and silly stories!

Get ready for even more charming characters from Animal Crossing: New Horizons to show up for all the fun! K.K. Slider might even drop by the island!