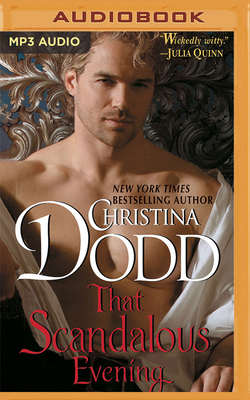 This is book number 1 in the Governess Brides series.

New York Times bestselling author Christina Dodd spins the captivating tale of a nobleman whose path crosses again with the one woman he absolutely cannot resist...

A Disastrous Season
A simple statue began the scandal.

A Lady Concealed
An innocent English miss conceived of it, her hands gliding across the clay, delineating each smoothly defined muscle and sinew, creating a sculpture of the man she worshipped. When the likeness was exposed, along with Miss Jane Higgenbothem's secret tendre for Lord Blackburn, the ton's gleeful contempt sent the lady back to the country in disgrace.

A Gentleman Revealed
Now, a decade later, she's back in London, as a chaperone to her beautiful niece. But to Blackburn, Jane's unwitting model, the cool, reticent spinster is still a challenge. She once made the arrogant rake a laughingstock; so why is he tempted to revive an affair that almost began so long ago, on that scandalous evening...?