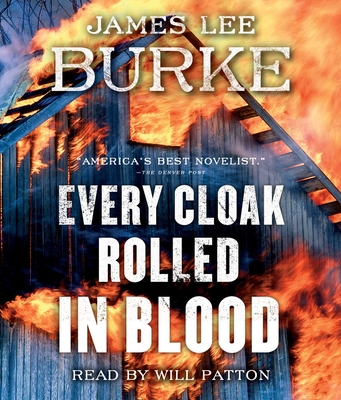 In his most autobiographical novel to date, James Lee Burke continues the epic Holland family saga with a writer grieving the death of his daughter while battling earthly and supernatural outlaws.

Novelist Aaron Holland Broussard is shattered when his daughter Fannie Mae dies suddenly. As he tries to honor her memory by saving two young men from a life of crime amid their opioid-ravaged community, he is drawn into a network of villainy that includes a violent former Klansman, a far-from-holy minister, a biker club posing as evangelicals, and a murderer who has been hiding in plain sight.

Aaron’s only ally is state police officer Ruby Spotted Horse, a no-nonsense woman who harbors some powerful secrets in her cellar. Despite the air of mystery surrounding her, Ruby is the only one Aaron can trust. That is, until the ghost of Fannie Mae shows up, guiding her father through a tangled web of the present and past and helping him vanquish his foes from both this world and the next.

Drawn from James Lee Burke’s own life experiences, Every Cloak Rolled in Blood is a devastating exploration of the nature of good and evil and a deeply moving story about the power of love and family.

James Lee Burke is a New York Times bestselling author, two-time winner of the Edgar Award, and the recipient of the Guggenheim Fellowship for Creative Arts in Fiction. He has authored forty novels and two short story collections. He lives in Missoula, Montana.

Will Patton’s film credits include Halloween, Boarding School, Megan Leavey, American Honey, Meek’s Cutoff, A Mighty Heart, Remember the Titans, The Mothman Prophecies, Armageddon, and No Way Out. He starred in Swamp Thing on the DC Universe streaming platform and was seen in five seasons of the TNT series Falling Skies. He has won Obie Awards for his performances in Fool for Love and What Did He See? He is also known for his audiobook recordings of the work of Stephen King, James Lee Burke, Denis Johnson, and William Faulkner.

"James Lee Burke couldn't have a better narrator than Will Patton to lend his voice and skill to the story of 86-year-old Aaron Broussard, a novelist living in Montana who is trying to find justice in an unjust world. Patton’s gruff but gentle voice tinged with the experiences of a hard life allows listeners to comprehend how Broussard deals with his complicated reality. He tries to make sense of a man either haunted by ghosts or in the throes of senility. Characters like state trooper and possible love interest Ruby Spotted Horse and the spirit of Broussard’s only daughter, Fannie Mae, lend urgency to the tale."
— Winner of an AudioFile Earphones Award, AudioFile Magazine