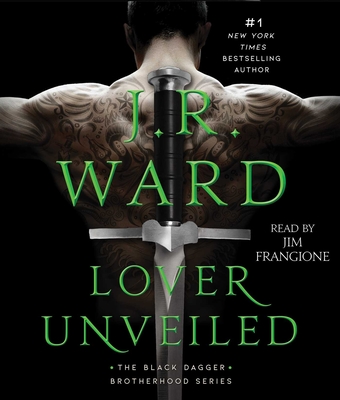 Sahvage has been living under the radar for centuries—and he has every intention of of staying “dead and buried.” But when a civilian female sucks him into her dangerous battle with an evil as ancient as time, his protective side overrides his common sense.

Mae has lost everything, and desperation sets her on a collision course with fate. Determined to reverse a tragedy, she goes where mortals should fear to tread—and comes face-to-face with the Brotherhood’s new enemy. She also discovers a love she never expected to find with Sahvage, but there can be no future for them.

Knowing they will part, the two band together to fight against what Mae unknowingly unleashed—as the Brotherhood closes in to reclaim one of their damned, and evil vows to destroy them all…

J.R. Ward is the author of more than thirty novels, including those in her #1 New York Times bestselling Black Dagger Brotherhood series. There are more than fifteen million copies of her novels in print worldwide, and they have been published in twenty-six different countries. She lives in the south with her family.

"Mae is looking for a demonic book of spells that will save her brother's life, and listeners feel her anguish and desperation. Demon Davinia is also seeking the book, and Frangione gives her a voice that ranges from a singsong sarcastic tone to one that drips pure evil. Ominous "tap, tap, tap" sounds effects make it seem as if the demon inside the book were alive."
— AudioFile Magazine