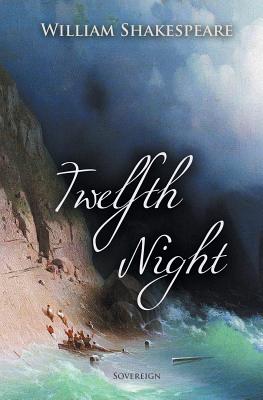 By William Shakespeare
$12.99
In Stock at Our Warehouse - Usually Ships in 1-5 Days

Viola is shipwrecked on the coast of Illyria and she comes ashore with the help of a captain. She loses contact with her twin brother, Sebastian, whom she believes to be dead. Disguising herself as a young man under the name Cesario, she enters the service of Duke Orsino through the help of the sea captain who rescues her. Duke Orsino has convinced himself that he is in love with Olivia, whose father and brother have recently died, and who refuses to see charming things, be in the company of man and entertain love or marriage proposals from any one until seven years have passed, the Duke included.

William Shakespeare, an English poet and playwright, widely regarded as the greatest writer in the English language and the world's pre-eminent dramatist. His plays have been translated into every major living language and are performed more often than those of any other playwright.