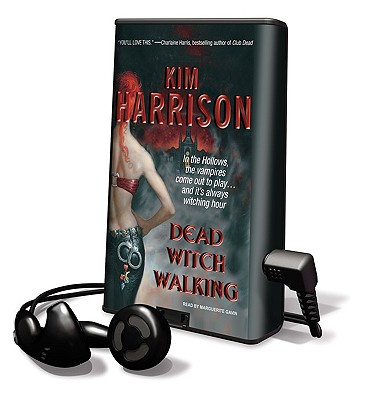 A wonderfully fun romp through the supernatural world, a spellbinding blend of sharp wit and vivid imagination. -Kelley Armstrong, author of No Humans Involved Rachel Morgan is a runner with the Inderland Runner Services, catching lawbreakers throughout Cincinnati. She is also a witch, one of the many Inderlanders who revealed themselves after a genetically engineered virus wiped out 50 percent of humanity. Witches, warlocks, vampires, and werewolves have lived beside humans for centuries, hiding their powers. But now they've stopped hiding, and nothing will be the same. On the run with a contract on her head, Rachel reluctantly teams up with Ivy, Inderland's best runner and a living vampire. But to clear her name, Rachel must evade shape changing assassins, outwit a powerful businessman/crime lord, and survive a vicious underground fight to the death not to mention her own roommate.