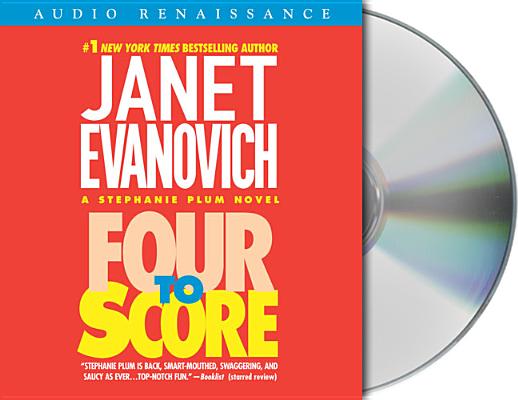 By Janet Evanovich, C. J. Critt (Read by)
Email or call for price
Out of Print

C. J. Critt is an actress, director, poet, playwright, and performance artist.  She has appeared on Broadway, local radio programs, and in national television commercials. On stage, CJ has performed on and off Broadway, from Melvin Van Peebles', Waltz of the Stork, to her own one-woman show on Theatre Row, titled, Cursed With Bigness. She's starred in several one-woman shows, including Cursed With Bigness, Manhattan Diary, Smoking Lips, and By Rail.  She won a Cable Ace Award for writing and producing Words ALOUD!She frequently leads the creative workshop, the Write Stuff, and is a staff writer at Radio Disney. She is also the author of the young adult novel, EggStory and the picture book, The Easter Elves.  C.J., who has narrated 150 or so audiobooks, is the winner of AudioFile's 2008 Best Voice in Mystery & Suspense.  She's widely-known for narrating many of Janet Evanovich's bestselling audiobooks.  She has also read for such authors as Patricia Cornwell, Margaret Maron, and Anne Tyler.  Listeners know C.J. by her smooth, polished voice and spirited performances, and critics have praised the strength and vitality she brings to a wide variety of characters.

“Debi Mazar's streetwise and brash style bring to mind Stephanie Plum's big hair, short skirts, and smart mouth without even hearing her described. In FOUR TO SCORE Atlantic City casinos and escalating threats to Stephanie's safety combine to give the listener a fast and exciting ride through the life of a woman trying to make a living as a bounty hunter. Mazar has a lot of fun, and so will the listener.” —AudioFile