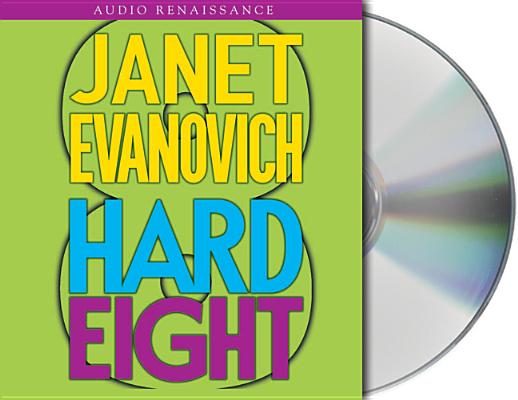 This is book number 8 in the Stephanie Plum Novels series.

The #1 bestselling phenomenon continues in the eighth Stephanie Plum novel. The stakes get higher, the crimes get nastier, the chases get faster, and the men get hotter.

This time Stephanie, Morelli, Ranger. Lula, Valerie, and Grandma Mazur are strapped in for the ride of their lives. Stephanie is hired to find a missing child. But things aren't always as they seem and Stephanie must determine if she's working for the right side of the law. Plus, there's the Morelli question: can a Jersey girl keep her head on straight when more than just bullets are aimed for her heart? And with the Plum and Morelli relationship looking rocky, is it time for Ranger to move in for the kill? Janet Evanovich's latest thriller proves that Hard Eight will never be enough.

“[A] must read...readers will want to finish this delightful work in one sitting.” —Midwest Book Review

“The girl mercenary is as fresh as ever.” —People

“Hard Eight is most emphatically not Raymond Chandler but, like his work, a piece of finely crafted prose.” —San Francisco Chronicle

“Plum is one of fiction's most irresistible heroines.” —Seattle Post Intelligencer

“Evanovich has certainly come a long way since One for the Money; her latest Stephanie Plum mystery merits a one-day national laydown on June 18.” —Library Journal

“Well plotted and cleverly resolved...her wickedly funny characterizations and the intriguing love triangle are what keep her readers coming back for more.” —Bookpage

“As close to summer escapism as you can get. Evanovich hits a high note with her newest...a great addition to a well-stocked beach bag.” —Houston Chronicle

“Evanovich produces more than "beach reading". She writes rollicking, raunchy, hysterical fiction that is so real, you will laugh out loud and want to visit the Burg.” —Rockwall County News

“Just when you think the adventures of Plum and company can't get any funnier or more convoluted, Janet Evanovich proves you wrong-nobody does it better!” —Romantic Times