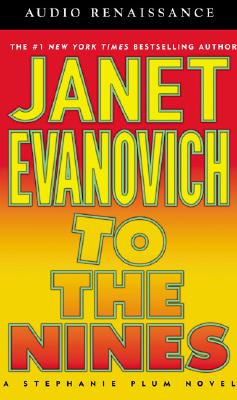 Janet Evanovich is the #1 bestselling author of the Stephanie Plum novels, including "Hard Eight, Seven Up, "and "Visions of Sugar Plums." She lives in New Hampshire.

Lorelei King's many screen credits include "Notting Hill," "House of Mirth," and "Cold Feet," among others. She has appeared as regular and recurring characters in popular British television shows such as "Chef," "Cold Feet," Alistair McGowan's "Big Impression," "Emmerdale," and the saucy "Mile High." Lorelei has recorded over 200 audiobooks, including several titles from Janet Evanovich's bestselling Stephanie Plum series. Her many awards include the 2008 Audie Award for Female Solo Narration for "Tallgrass "by Sandra Dallas, the Radio Times Performer of the Year for" The Blind Assassin" by Margaret Atwood, and "AudioFile" Earphones Awards for "Eleven on Top" and "Twelve Sharp," both by Janet Evanovich. "AudioFile" also deemed her one of the "Best Voices of 2008."

"Narrator Lorelei King does a fabulous job, as each character is assigned a distinctive voice, thus milking the humor for every drop."--The Boston Globe