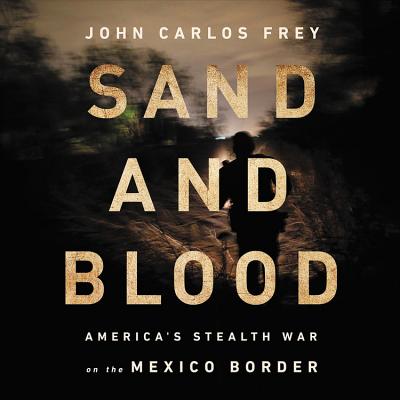 A deeply reported investigation of the undeclared war the US is waging at its border with Mexico, detailing how and why it began, and the mounting costs, from lives lost to money wasted. The war on the US-Mexico border has turned the southern states into conflict zones, spawned a network of immigrant detention centers, and unleashed an army of ICE agents into every town and city in America.As award-winning journalist John Carlos Frey reveals in this groundbreaking book, this war has been escalating for decades. Politicians, defense contractors, and lobbyists laid the groundwork for it in the 1980s and 1990s. After 9/11, while Americans' attention was trained on the Middle East and the Wars in Iraq and Afghanistan, the War on Terror was ramping up on our own soil. It has been propelled by defense contractors seeking profits in a new theater; congress people who rely on racist fear-mongering about jobs lost to immigrants to turn out voters; and governors along the southern border who use the threat of terrorism to increase their budgets. Tens of thousands have been caught up in it: economic migrants, refugees, and families who are seeking jobs, opportunity, and freedom, or are fleeing various forms of violence; and undocumented people who have lived and worked in the US for years and are now living in fear or are locked in shockingly abusive detention centers.Taking readers to the border patrol outposts, unmarked graves, detention centers, and city streets where these battles are being waged, Sand and Blood is a frightening, essential story about a war we ignore at our peril.