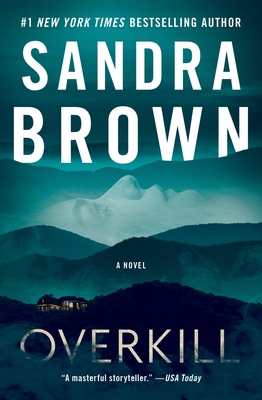 #1 New York Times bestselling author Sandra Brown delivers a riveting thriller in which a conflict of conscience for a former football star and an ambitious state prosecutor swiftly intensifies into a fight for their lives.

Former Super Bowl MVP quarterback Zach Bridger hasn’t seen his ex-wife, Rebecca Pratt, for some time—not since their volatile marriage imploded—so he’s shocked to receive a life-altering call about her. Rebecca has been placed on life support after a violent assault, and he—despite their divorce—has medical power-of-attorney. Zach is asked to make an impossible choice: keep her on life support or take her off of it. Buckling under the weight of the responsibility and the glare of public scrutiny, Zach ultimately walks away, letting Rebecca's parents have the final say.

Four years later, Rebecca's attacker, Eban—the scion of a wealthy family in Atlanta—gets an early release from prison. The ludicrous miscarriage of justice reeks of favoritism, and Kate Lennon, a brilliant state prosecutor, is determined to put him back behind bars. Rebecca’s parents have kept her alive all these years, but if her condition were to change—if she were to die—Eban could be retried on a new charge: murder.

It isn’t lost on Zach that in order for Eban to be charged with Rebecca’s murder, Zach must actually be the one to kill her. He rejects Kate’s legal standpoint but can’t resist their ill-timed attraction to each other. Eban, having realized the jeopardy he’s in, plots to make certain that neither Zach nor Kate lives to see the death of Rebecca—and the end of his freedom.

Sandra Brown is the author of seventy-four New York Times bestsellers. There are more than eighty million copies of her books in print worldwide, and her work has been translated into thirty-four languages. Four of her books have been made into films. In 2008, the International Thriller Writers named Brown its Thriller Master, the organization's highest honor. She has served as president of Mystery Writers of America and holds an honorary doctorate of humane letters from Texas Christian University. She lives in Texas.

“Overkill is storytelling par excellence, weaving complex societal issues into the fabric of a thriller to create a terrific tapestry of emotionally wrought tension. The best book of the summer.”—Providence Journal

“[Brown] wraps this dilemma in a fast-paced thriller and heady romance that will have you flipping the pages.”—Florida Times-Union

"There is a reason why Sandra Brown is a bestselling author. Reading her books is like diving into a cool pool on a hot day—you just want to stay there . . . The dialogue, characters and plot are engrossing, as is the peek into the mind of a truly depraved individual, a glimpse into how the one-percenters manipulate the system to benefit themselves and protect what is theirs . . . The epitome of a “summer read” with its beautiful meshing of action and romance."—BookReporter.com

Brown "[turns] up the heat and the suspense in what may be one of her most compelling novels yet. The chemistry between Kate and Zach is off the charts . . . [Brown] remains a formidable force."—The Bill Thrill