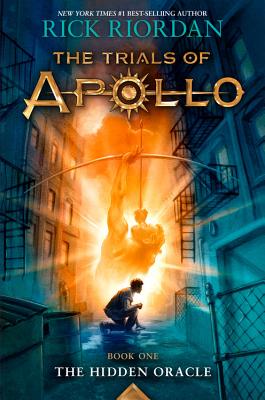 An autographed edition of the first installment in an exciting new five-book quest adventure about gods and demigods by best-selling author Rick Riordan. Very limited supply, see your rep for details.

Rick Riordan, dubbed “storyteller of the gods” by Publishers Weekly, is the author of four #1 New York Times best-selling middle grade series with millions of copies sold throughout the world: Percy Jackson and the Olympians and the Heroes of Olympus, based on Greek and Roman mythology; the Kane Chronicles, based on ancient Egyptian mythology; and Magnus Chase and the Gods of Asgard, based on Norse mythology. Rick collaborated with illustrator John Rocco on two best-selling collections of Greek myths for the whole family: Percy Jackson’s Greek Gods and Percy Jackson’s Greek Heroes. Rick lives in Boston, Massachusetts with his wife and two sons. Follow him on Twitter at @camphalfblood.