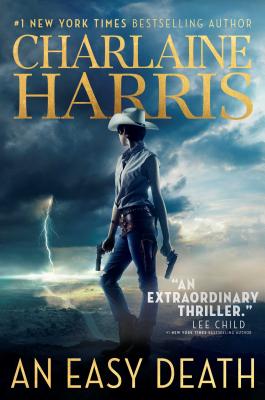 By Charlaine Harris
Email or call for price
Hard to Find

In a fractured United States, a new world where magic is acknowledged but mistrusted, a young gunslinger named Lizbeth Rose takes a job offer from a pair of Russian wizards. Lizbeth Rose has a wildly fearsome reputation but these wizards are desperate. Searching the small border towns near Mexico, they’re trying to locate a low-level magic practitioner believed to be a direct descendant of Grigori Rasputin.

As the trio journey through an altered America—shattered into several countries after the assassination of Franklin Roosevelt and the Great Depression—they’re set on by enemies. It’s clear that a powerful force does not want them to succeed in their mission. Lizbeth Rose has never failed a client, but this job may stretch her to her deadly limits.

“A gritty, action-filled story, An Easy Death is an alternate history Western with a touch of magic. Gunny Rose, the tough but sympathetic protagonist, gives us a clear-sighted look at her world as she works to complete her contract and keep her clients alive.”
— -- Anne Bishop,