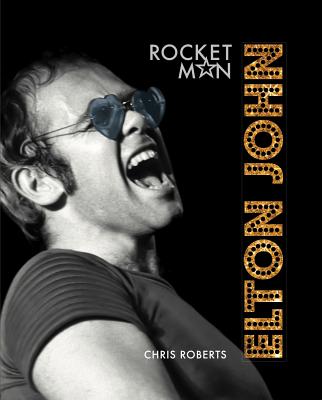 "Still up for more Elton after the movie and the memoir? This in-depth retrospective is just the thing." --People magazine; featured as one of the year's "Best New Coffee-Table Books." A celebratory retrospective of one of popular music's most enduring and beloved stars, as he tours the world one last time. One of the most prolific and commercially successful, and beloved, musical artists of all time, Elton John has won six Grammy Awards and sold more than 300 million records during a career spanning over half a century: his Candle In the Wind 1997 remains the bestselling single in history. Just in time for his farewell world tour, this lavish, unofficial retrospective commemorates John's incredible life and career. Fully illustrated throughout, with rare archival memorabilia and previously unpublished photographs, this book covers everything from his childhood as a piano prodigy in the London suburb of Pinner through his early days playing West End gigs and his fortuitous meeting--and subsequent lifelong partnership--with lyricist Bernie Taupin and the song that started it all, "Your Song," to John's meteoric rise to stardom, his challenges along the way, and his tireless work for various charities, including the Elton John AIDS Foundation. This is the ultimate keepsake for all Elton John fans.