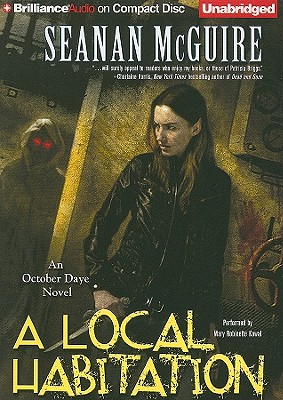 By Seanan McGuire, Mary Robinette Kowal (Performed by)
Email or call for price
Hard to Find

This is book number 2 in the October Daye Novels series.

October "Toby" Daye is a changeling, the daughter of Amandine of the fae and a mortal man. Like her mother, she is gifted in blood magic, able to read what has happened to a person through a mere taste of blood.

Half-human, half-fae, outsiders from birth, most changelings are second-class children of Faerie spending their lives fighting for the respect of their immortal relations. Toby is the only changeling who has earned knighthood, and she re-earns that position every day, undertaking assignments for her liege, Sylvester, the Duke of the Shadowed Hills.

Now Sylvester has asked her to go to the County of Tamed Lightning--otherwise known as Fremont, California--to make sure that all is well with his niece, Countess January O'Leary, whom he has not been able to contact. It seems like a simple enough assignment -- but when dealing with the realm of Faerie nothing is ever as simple as it seems. January runs a company that produces computer fantasy games, and her domain is a buffer between Sylvester's realm and a rival duchy whose ruler is looking for an opportunity to seize control. And that is the least of January's problems. For Tamed Lightning has somehow been cut off from the other domains, and now someone has begun to murder January's key people. If Toby can't find and stop the killer soon, she may well become the next victim....