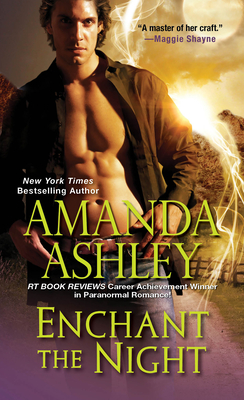 In the arms of a centuries-old vampire, a woman awakens to newfound passion—and magical powers of her own.

Hungarian vampires are born, not made—and can breed with mortal females. Being one of the oldest of his kind, Quill Falconer has honed his skills at hunting just the right kind of prey, which is why his latest victim confounds him. She shouldn’t remember his drinking her blood. And he shouldn’t still be craving more . . .

Callie Hathaway’s life is as normal as it can be after the death of the beloved grandmother who raised her. Until one night, feeling foggy and fatigued, she realizes that a strangely sensual encounter with a dark, handsome man didn’t occur only in her imagination.

As Callie and Quill’s unique connection draws them together, an ancient order of knights seeks Quill’s destruction. Being together puts Callie in mortal danger—until she uncovers a magical family legacy. Side by side they’ll fight for survival, and for each other, as the brotherhood of vampire hunters gather for one final showdown.

Amanda Ashley is one of those rare birds—a California native. She’s lived in Southern California her whole life and loves it (except for the earthquakes). She and her husband share a home with a fluffy Pomeranian named Lady, a curious cat named Trouble (but who only answers to Kitty), and a tortoise who remains nameless.

Amanda and her alter ego, Madeline Baker, have written over 90 books and short stories,  many of which have appeared on various bestseller lists, including the New York Times Bestseller List, the Waldenbooks Bestseller list,  and the USA Today list. Not bad for someone who started writing just for the fun of it.

You can visit Amanda’s website at www.amandaashley.net or email her at darkwritr@aol.com.