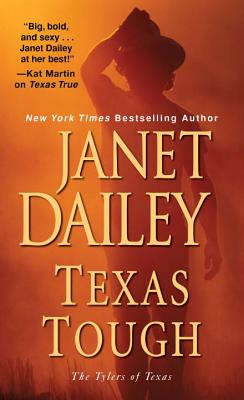 This is book number 2 in the The Tylers of Texas series.

He's everything she doesn't need.

The quiet horse whisperer whose touch still ignites her dreams--and is everything wealthy Lauren Prescott is not. She can think of a million reasons why she should never ever fall into Sky Fletcher's sure embrace again. Until she clashes head-on with the dangerous complications of her privileged life and needs his protection like air to breathe . . .

She's more than he can resist.

The heiress Sky can't get out of his heart, no matter how much he tries. And being the secret third Tyler son doesn't change a thing. All he wants from his two brothers is help uncovering a dangerous conspiracy threatening his land, their ranch, and the spirited beauty he never should have touched . . .

"Dailey confirms her place as a top mega-seller." --Kirkus Reviews

JANET DAILEY’s first book was published in 1976. Since then she has written more than 100 novels and become one of the top-selling female authors in the world, with 325 million copies of her books sold in nineteen languages in ninety-eight countries. She is known for her strong, decisive characters, her extraordinary ability to recreate a time and a place, and her unerring courage to confront important, controversial issues in her stories. To learn more about Janet Dailey and her novels, please visit www.JanetDailey.com or find her on Facebook at Facebook.com/JanetDaileyAuthor.