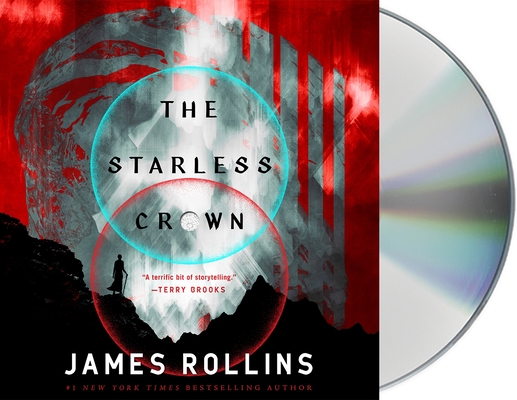 This is book number 1 in the Moonfall series.

This audiobook includes a special introduction written and read by James Rollins.

An alliance embarks on a dangerous journey to uncover the secrets of the distant past and save their world in this captivating, deeply visionary adventure from #1 New York Times bestselling thriller-master James Rollins.

A gifted student foretells an apocalypse. Her reward is a sentence of death.

Fleeing into the unknown she is drawn into a team of outcasts:

A broken soldier, who once again takes up the weapons he’s forbidden to wield and carves a trail back home.

A drunken prince, who steps out from his beloved brother's shadow and claims a purpose of his own.

An imprisoned thief, who escapes the crushing dark and discovers a gleaming artifact - one that will ignite a power struggle across the globe.

On the run, hunted by enemies old and new, they must learn to trust each other in order to survive in a world evolved in strange, beautiful, and deadly ways, and uncover ancient secrets that hold the key to their salvation.

But with each passing moment, doom draws closer.

WHO WILL CLAIM THE STARLESS CROWN?

A British voice actress with over a decade of experience, Nicola Barber has won two Earphone Awards from AudioFile Magazine for her audio book narration and has recorded national radio spots for Verizon Wireless, Virgin Airlines, and Hilton Hotels, as well as a national TV commercial for Oatmeal Crisp. She specializes in commercials, corporate videos, audiobooks, phone systems, and training videos. Nicola has narrated over a dozen audio books for authors such as Barbara Taylor Bradford and Maureen Johnson.

"Rollins is what you might wind up with if you tossed Michael Crichton and Dan Brown into a particle accelerator together.” – The New York Times

"After Crichton passed away in 2008 he clearly passed the baton to James Rollins, who like Crichton, is a renaissance man." – Huffington Post