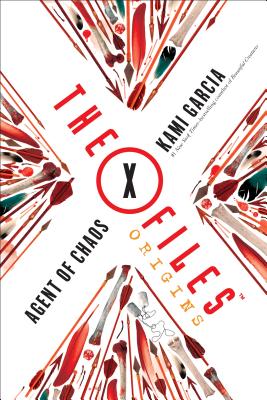 How did Fox Mulder become a believer? The X-Files Origins has the answers in this young adult, science-fiction origin story from the #1 New York Times-bestselling co-author of Beautiful Creatures, Kami Garcia.

Seventeen-year-old Fox Mulder has bigger problems than applying for college. Five years ago, his younger sister disappeared from their home and was never heard from again. Mulder blames himself, and his mother blames his father, who has retreated into his top-secret work for the State Department. In Fox’s senior year, his dad has moved him to Washington, DC—away from his friends on Martha’s Vineyard.

While Mulder doesn’t mind the fresh start and not being known as “that kid with the missing sister,” he’s still obsessed with finding Samantha. So when a local boy turns up dead and another child is abducted, Mulder can’t stop himself from getting involved. Could there be a link to his sister’s case? As he uncovers the truth, Mulder and his friends find themselves on the trail of a serial killer.

Sucked into a world where conspiracies, the occult, and madness overlap, Fox Mulder starts to believe.

The X-Files Origins: Agent of Chaos explores the teen years of Fox Mulder, the beloved character depicted in the cult-favorite TV show The X-Files. His story is set in the spring of 1979, when serial murder, the occult, and government conspiracy were highlighted in the news. The book will follow Mulder as he experiences life-changing events that set him on the path to becoming an FBI agent.

Kami Garcia is a #1 New York Times, USA Today, and international bestselling author, and the coauthor of the Beautiful Creatures and Dangerous Creatures novels. Her solo works include the Bram Stoker–nominated novels Unbreakable and Unmarked (The Legion series), and The Lovely Reckless, a standalone contemporary romance.

Kami was a teacher for seventeen years and coauthored her first novel on a dare from seven of her students. If she isn’t busy watching Supernatural, Kami can teach you how to escape from a pair of handcuffs or bake a Coca-Cola cake. Kami lives in Maryland with her family and their dogs, Spike and Oz.