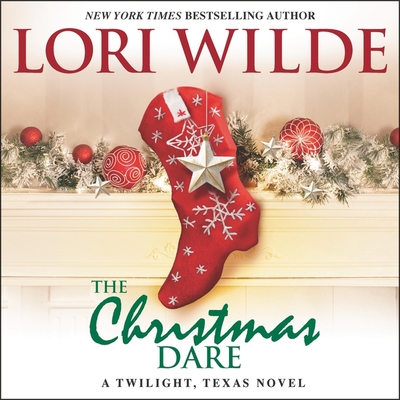 I listened to The Christmas Dare as an audiobook. The narrator is good. There’s a slight Texas twang for the dialogue, but it’s not that overexaggerated drawl you’re always afraid of if you’re from Texas. Overall, I liked this book, so I’m going to start with the positives so as not to give the wrong impression. The romance is great. It’s a reconnected lovers story, which I’m a fan of, if done right. This one is. The hero and heroine both have flaws they have to overcome, but are essentially good people.

The heroine’s mother, however, has some serious issues, and causes her own problems. The author actually takes the opportunity to delve into a mental health issue, and I appreciate that, though I would have liked the explanation a little earlier. I spent most of the book wondering what the heck was wrong with that woman and hating her. There’s also a background romance with the heroine’s best friend, and I hope there’s at least a novella that goes into it, because I’m interested about what was happening off page.

What I didn’t like: There were two overriding themes that just got beat to death, and they’re both in the title. Obviously, there was going to be Christmas and at least one dare. But by the end, every time I heard “Christmas” or “dare”, I wanted to puncture my eardrums. This may just be a thing in cutesy Christmas romances, but it’s a thing I don’t love. If repetition of phrases won’t make you bonkers, though, I do recommend this book for your holiday reading.

Kelsey James always played by the rules and look where it got her--dumped and half-drunk in a poofy white dress, her Christmas wedding ruined. Then her best friend talks her into going on her "honeymoon" anyway, daring her to a "Christmas of Yes." It's about time she lets loose a little, so Kelsey agrees to say "yes" to fun, to romance, and to adventure And adventure leads her right smack into the arms of sexy Noah MacGregor.

Noah's never one to say no to a risk--from leading his NBA team to victory to making Christmas cookies in Twilight, he's up to the challenge But a lot has gone on since they were teenagers, and he knows he has to take his time to make Kelsey dare to believe that what they feel is more than just the holiday magic that's in the air . . .