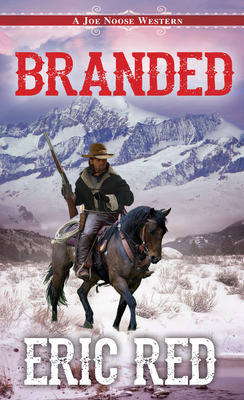 This is book number 3 in the A Joe Noose Western series.

A new kind of evil has come to the Old West. A killer as cold and hard as the Wyoming winter. He wanders from town to town. Slaughters entire families along the way. With grotesque glee, he brands the letter Q in his victims' flesh. Joe Noose knows the killer's identity. He recognizes the killer's brand. He bears the same scar from his childhood--and he's determined to stop this madman once and for all. Two U.S. Marshals have agreed to help Joe. But they've never hunted a killer like this before. A sadist who kills for pleasure--and scars you for life...

Eric Red is a Los Angeles-based novelist, screenwriter, and film director. He wrote and directed the films Cohen and Tate (Hemdale), Body Parts (Paramount), Undertow (Showtime), Bad Moon (Warner Bros.), and 100 Feet (Grand Illusions Entertainment), which starred Famke Janssen and Bobby Cannavale. He wrote original screenplays for The Hitcher (TriStar), Near Dark (DeLaurentiis Entertainment Group), Blue Steel (MGM), which starred Jamie Lee Curtis, and The Last Outlaw (HBO) starring Mickey Rourke. In addition to publishing a number of horror and suspense stories, he created and wrote the SciFi / horror comic series and graphic novel Containment (SST Publications). Red divides his time between California and Wyoming with his wife and two dogs. He can be found online at EricRed.com.