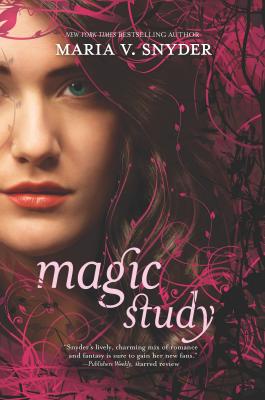 This is book number 2 in the Chronicles of Ixia series.

From New York Times Bestselling Author Maria V. Snyder Beyond Ixia, the roots of magic run deep... After the discovery of her magical abilities leads to an execution order, Yelena has no choice but to flee to Sitia, her long-lost birthplace. There, she has the chance to meet the family she never knew. But Sitia is unfamiliar, and she's treated with suspicion and even hatred by the people she thought she could trust--including her own brother. Then Yelena is given the chance to travel to Sitia's capital. In the Citadel, she'll have the chance to hone her magical abilities under the tutelage of master magicians. As she learns the laws of magic--Yelena also discovers those who will do anything to break them. And when a rogue magician who targets young female victims emerges, Yelena must put her life at risk to stop him. Will her newfound magic save Yelena--or will it be her downfall? The Chronicles of Ixia Series by Maria V Snyder Book One: Poison Study Book Two: Magic Study Book Three: Fire Study Book Four: Storm Glass Book Five: Sea Glass Book Six: Spy Glass Book Seven: Shadow Study Book Eight: Night Study Book Nine: Dawn Study