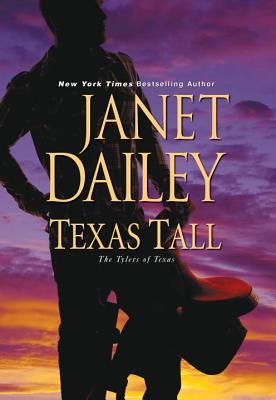 By Janet Dailey
Email or call for price
Hard to Find

This is book number 3 in the The Tylers of Texas series.

“Plenty of intrigue, subplots, twists, and of course, love. Fans and newcomers alike will revel in this ride.” —Publishers Weekly

She can’t forget him.

The born rancher who stole her heart, her ex husband, the tough, tender father of her child… Tori Tyler can’t let Will Tyler go to prison for a crime that was a simple accident. But she can’t deny that her feelings for the man run much deeper than loyalty, and her desire for his strong, sure embrace has never died. Protecting him is second nature, until an unexpected terror threatens to shatter them both…and Tori needs Will’s fierce love more than ever before.

He can’t let her go.

The sassy, sexy wife he never meant to drive away, the gorgeous woman who haunts his memory and his fantasies… Will can accept the blame for the destruction of his marriage, but he can’t believe that he and Tori won’t have a second chance to make it right. With the ranch in trouble and his freedom on the line, somehow fighting for her is the only thing that matters.

JANET DAILEY’s first book was published in 1976. Since then she has written more than 100 novels and become one of the top-selling female authors in the world, with 300 million copies of her books sold in nineteen languages in ninety-eight countries. She is known for her strong, decisive characters, her extraordinary ability to recreate a time and a place, and her unerring courage to confront important, controversial issues in her stories.