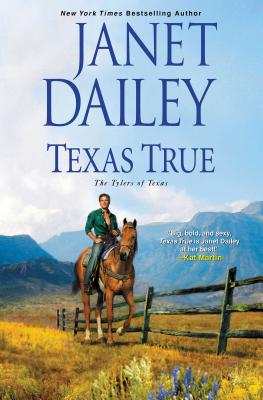 By Janet Dailey
Email or call for price
Hard to Find

This is book number 1 in the The Tylers of Texas series.

He's the one who got away.

The cowboy who claimed her heart before taking off on a tour of duty, planning never to return. But Beau Tyler is back, and Natalie Haskell feels defenseless against the powerful pull of the brawny soldier. Especially when she finds herself suddenly widowed and needing the shelter of his strong arms.

The girl Beau left behind but never forgot, despite his battle-scarred soul. Now Natalie is the real reason he's staying on at the ranch, despite rumors that he was somehow involved in her late husband's death. Because something in Beau has stirred to life again--something he believed his painful past had destroyed. And not even wild horses can keep him from the woman he still loves . . ..

Janet Dailey's first book was published in 1976. Since then she has written more than 100 novels and become one of the top-selling female authors in the world, with 300 million copies of her books sold in nineteen languages in ninety-eight countries. She is known for her strong, decisive characters, her extraordinary ability to recreate a time and a place, and her unerring courage to confront important, controversial issues in her stories.