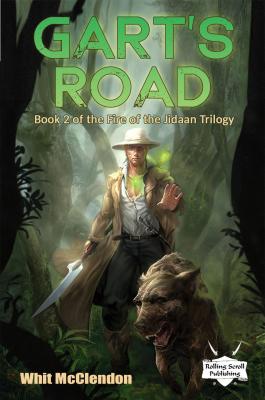 After the brutal murder of his family, Gart’s voyage continues as he searches for the weapon that was promised him by the Mage, Brunar. Once a peaceful farmer, who only wanted to be left alone, Gart must now become something more. Struggling with the powerful magick that grows within him, Gart follows a dangerous path. Only with the fabled Jidaan of Storms would he have a chance against Mordak’s Champion, the demon-bred Jor Dayne. Guided by the noble Brunar, the other five Guardians make their way to Laro, hurrying to reach the walled city before Mordak’s army. Brunar and the elf-like Weya guide the Duke and his fierce warriors as they face an enormous, bloodthirsty horde of nightmarish creatures. The dead will rise and evil will walk the walls of Laro if Mordak has his way. As the time for battle draws near, Gart fights his own monsters…alone.