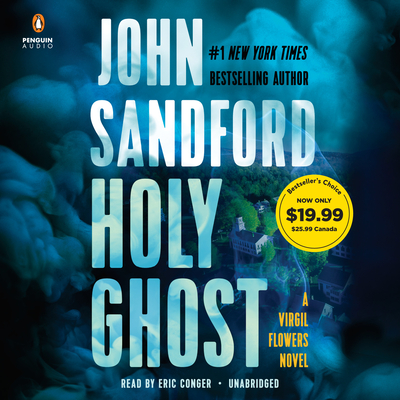 This is book number 11 in the A Virgil Flowers Novel series.

Virgil Flowers investigates a miracle--and a murder--in the wickedly entertaining new thriller from the master of "pure reading pleasure" (Booklist).

Wheatfield, Minnesota: a metropolis of six hundred souls and change, for which the word "moribund" might have been invented. Nothing ever happened there and nothing ever would--until the mayor of sorts (campaign slogan: "I'll Do What I Can") and his precocious teenage buddy come up with a scheme to put Wheatfield on the map. Should something dramatic occur--say, that the apparition of the Virgin Mary miraculously appeared at the local Catholic Church--the whole town would be turned into a shrine, attracting thousands of pilgrims. And all those pilgrims needed food, shelter, all kinds of crazy things. The town would get rich! What could go wrong?

Then the shootings begin. And as they--and Virgil Flowers--are about to discover, that's only the beginning of their troubles. . . .

JOHN SANDFORD is the pseudonym for the Pulitzer Prize-winning journalist John Camp. He is the author of twenty-eight Prey novels, most recently Twisted Prey; four Kidd novels, eleven Virgil Flowers novels, and six other books, including three YA novels co-authored with his wife Michele Cook.

“Holy smoke, Holy Ghost is a hot one! . . . The dialogue is sometimes biting and always witty, and the entire book is at once wicked and sublime.”—Booklist (starred review)

“Along the way to the satisfying ending, Virgil displays the rough humor and rough justice that make him such an appealing character.”— Publishers Weekly

“The ride, as always in a Sandford novel, surprises and delights....Add a gripping storyline, a generous helping of exquisitely conceived characters and laugh-out-loud humor that produce explosive guffaws, not muted chuckles, and you’re in for the usual late-night, don’t-even-think-of-stopping treat when Flowers hits town.” —Richmond Times-Dispatch