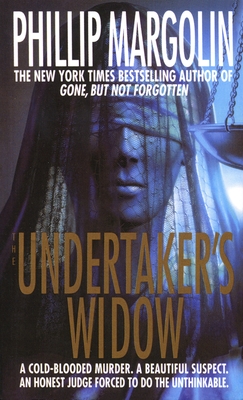 By Phillip Margolin
$7.99
In Stock at Our Warehouse - Usually Ships in 1-5 Days

A cold-blooded murder.  A beautiful suspect.  An honest judge forced to do the unthinkable.

New York Times bestselling author Phillip Margolin is a master of legal suspense.  In this explosive novel, a simple case of self-defense becomes a nightmare in which justice itself is held hostage.

Judge Richard Quinn is young, idealistic, and honest to a fault.  That's why he's handed the most sensational homicide case in Oregon history.  Locked in a race for the U.S.  Senate, Ellen Crease gunned down the intruder who murdered her wealthy husband.  In a single, brutal instant she became a widow, a victim, and a hero.

Yet disturbing questions remain.  What secrets did the man who started his fortune running mortuaries keep that might have cost him his life? What about the son frozen out of his will? Or his wife's political enemies? And what about Ellen Crease herself?

Soon it becomes clear that a deadly plot of murder, blackmail, passion, and double cross is unfolding around Judge Richard Quinn.  And unless he breaks the rules, justice will not only be blind, it will be the final victim.

Phillip Margolin was a practicing criminal defense attorney for twenty-five years, has tried many high-profile cases and has argued before the U.S.  Supreme Court.  His previous novels are Heartstone, The Last Innocent Man, Gone, but Not Forgotten, After Dark, and The Burning Man.  He lives in Portland, Oregon, with his wife and two children.