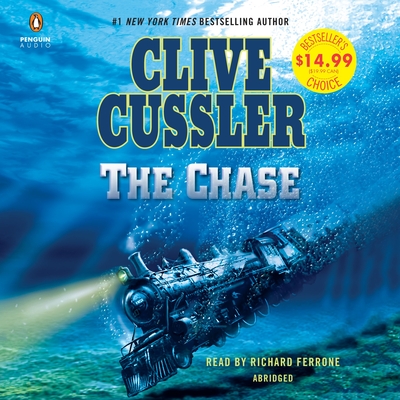 This is book number 1 in the An Isaac Bell Adventure series.

In 1906, the western states of America suffer a string of bank robberies by a single man who then cold-bloodedly murders any and all witnesses, and vanishes without a trace. Fed up by the depredations of "The Butcher Bandit," the U.S. government brings in the best man it can find: a tall, lean, no-nonsense detective named Isaac Bell, who has caught thieves and killers from coast to coast.

But Bell has never had a challenge like this one. From Arizona to Colorado to the streets of San Francisco during its calamitous earthquake and fire, he pursues a fiend who seems to draw pleasure from the challenge and a woman who may to hold the key to the man's identity. As Bell begins to suspect a new term used among top psychologists, sociopath, may describe his target, the Butcher Bandit turns the chase around on him. The hunter becomes the hunted. And soon, it will take all of Bell's skills not merely to prevail . . . but to survive.

Richard Ferrone gave up law for the stage, where as an audiobook narrator he has a penchant for action and derring-do. That quality, plus his romanticism and his gritty, masculine voice make him ideal for the tough detective novel.