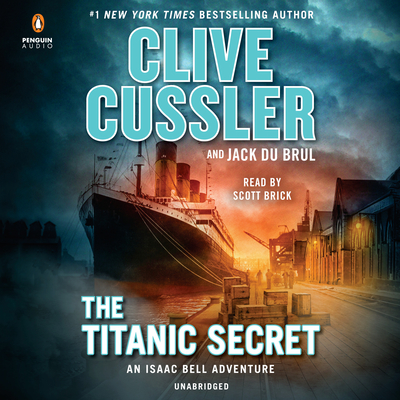 In the present day, Pitt makes a daring rescue from inside an antiquated submersible in the waters off New York City. His reward afterwards is a document left behind a century earlier by legendary detective Isaac Bell--a document that re-opens a historical mystery...

Scott Brick has recorded bestsellers and Pulitzer Prize winners in every conceivable category, over 800 titles since his debut in 1999. A Grammy nominee, Scott has won over fifty Earphones Awards, five Audie Awards, and has twice been named Publishers Weekly’s Narrator of the Year. After AudioFile Magazine proclaimed him a Golden Voice, his work was thereafter profiled in The Wall Street Journal, The New York Times, The Los Angeles Times, and Entertainment Weekly. In 2015, Scott began teaching the nation’s first fully-accredited university course devoted solely to audiobook narration at UCLA.