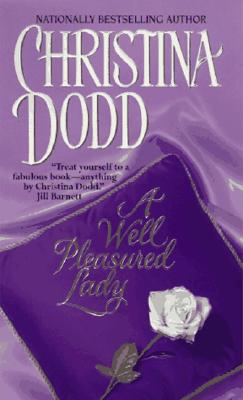 This is book number 1 in the Well Pleasured Series series.

Prim, plain, desperately virtuous Lady Mary Fairchild stared at the seductive gentleman and wondered -- did he remember the elements of the night they met? Surely not. In the ten years since, she had abandoned her youthful impetuousness and transformed herself into a housekeeper -- disguising her beauty beneath a servant's dour clothing determined to conquer the passions of the past.

But Sebastian Durant, Viscount Whitfield, did recognize her as a Fairchild, one of his family's bitter enemies. When he demanded her help recovering a stolen diary, she dared not refuse him. When he proposed they masquerade as a betrothed couple, loyalty forced her to agree. And when the restraint between them shattered and pleasure became an obsession, Mary had to trust a powerful man who could send her to the gallows ... or love her through eternity.