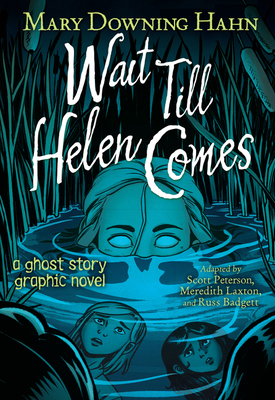 In this graphic novel adaptation of master horror storyteller Mary Downing Hahn's spookiest and most popular tale, two siblings must save their stepsister from the clutches of a vengeful ghost.

When their mom remarries, Molly and her brother, Michael, try to make friends with their new stepsister, Heather. But Heather only wants to make trouble for them. She lies and tattles and misbehaves, and somehow they always get the blame. They know she’s trying to drive a wedge between her father and their mother so she can have her father all to herself—and it seems to be working.

Then, Heather starts playing in the graveyard behind their new house. She claims she can talk to a ghost named Helen, and her behavior gets even stranger. Michael doesn't believe in ghosts and thinks their new little sister is just looking for more attention. But Molly isn't so certain, especially when Heather threatens that Helen is going to come for them and make them sorry.

It seems as though things can’t get any worse—but they do.

Mary Downing Hahn’s many acclaimed novels include such beloved ghost stories as Wait Till Helen Comes, Deep and Dark and Dangerous, and Took. A former librarian, she has received more than fifty child-voted state awards for her work. She lives in Columbia, Maryland, with a cat named Nixi.

Meredith Laxton has long been inspired by the storytelling of comics and tabletop RPGs. Their background in multimedia design and animation has led to a career in the indie gaming scene with companies like Puny Human Games and InXile entertainment. As a comic artist, Meredith has had sequential work published by IDW, Humanoids, and Comics Experience. Nowadays, Meredith resides in Savannah, Georgia. Twitter: @merdett, Instagram: @mer_det, meredithlaxton.com

"An adaptation that feels as fresh as a newly dug grave."  — Kirkus Reviews