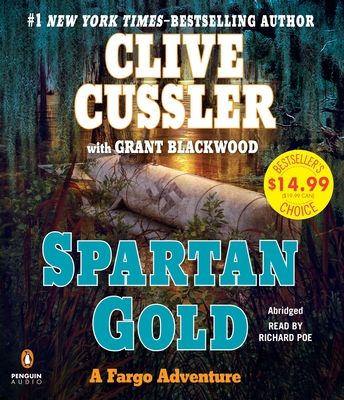 This is book number 1 in the A Sam and Remi Fargo Adventure series.

Husband-and-wife treasure hunters Sam and Remi Fargo must out-pace a self-made millionaire in pursuit of a fortune that could prove his family ties to a centuries-old dynasty in this #1 New York Times-bestselling series.


Thousands of years ago, two superpowers of the ancient world went to war, and a treasure of immeasurable value was lost to the shadows of history.

In 1800, while crossing the Pennine Alps with his Grand Reserve Army, Napoleon Bonaparte stumbled across a startling discovery. Unable to transport it, he created an enigmatic map on the labels of twelve bottles of rare wine. When Napoleon died, the bottles disappeared—and the treasure was lost again.

Until now. Treasure-hunting husband-and-wife team Sam and Remi Fargo are exploring the Great Pocomoke Swamp in Maryland when they are shocked to discover a World War II German U-boat. Inside, they find a bottle taken from Napoleon’s famous “Lost Cellar,” and fascinated, they set out to find the rest of the collection. But another connoisseur of sorts is hunting his own prize, and the Lost Cellar is his key to finding it. That man is Hadeon Bondaruk, a half-Russian, half-Persian millionaire, and the treasure will be his, no matter what.

Clive Cussler is the author of many New York Times bestsellers, most recently The Spy and Lost Empire. He lives in Arizona.
Grant Blackwood caught the fiction-writing bug at the age of eighteen while reading Clive Cussler’s The Mediterranean Caper , and spent the next four years working in different styles of fiction before settling on novel-length work.

Mr. Blackwood is a U.S. Navy veteran, having spent three years active duty aboard the guided missile frigate USS Ford as an Operations Specialist and a Pilot Rescue Swimmer.

Two months after leaving the Navy in July 1987, Mr. Blackwood started the first draft of his first novel, which as he puts it, “wasn’t good enough to be published, but good enough to earn a spot in my sock drawer. It took me several more years of rewriting before I realized the publishers and agents who’d been saying ‘no’ were saying no for a good reason.”

Twelve years to the day after leaving the Navy, Mr. Blackwood received an offer from Penguin-Putnam/Berkley to buy his second novel, The End of Enemies, which hit the stands May 8th.

Mr. Blackwood is 36 years old and lives in Minnesota, where he is working on this next novel, the second in the Briggs Tanner series of thrillers, which is due out in Spring/Summer of 2002.