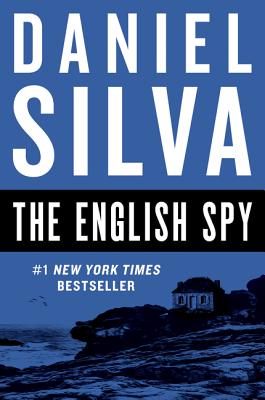 This is book number 15 in the Gabriel Allon series.

"One of the best series in modern literature." —HUFFINGTON POST

She is an iconic member of the British Royal Family, beloved for her beauty and charitable works, resented by her former husband and his mother, the Queen of England. But when a bomb explodes aboard her holiday yacht, British intelligence turns to one man to track down her killer: legendary spy and assassin Gabriel Allon.

Gabriel’s target is Eamon Quinn, a master bomb maker and mercenary of death who sells his services to the highest bidder. Fortunately, Gabriel does not pursue him alone; at his side is Christopher Keller, a British commando turned professional assassin who knows Quinn’s murderous handiwork all too well.

And though Gabriel does not realize it, he is stalking an old enemy—a cabal of evil that wants nothing more than to see him dead. Gabriel will find it necessary to oblige them, for when a man is out for vengeance, death has its distinct advantages. . . .

“Simply delicious. If you’re a fan of perennial No. 1 bestselling author Daniel Silva, it’s a must-read. If you’re not a fan, you should be.... Highly recommended.” — Minneapolis Star Tribune

“Allon—the legendary spy, assassin and future chief of Israeli intelligence—is an elegant man working in a brutal business….Few authors in the espionage genre handle violent imagery as gracefully as Silva does.” — Fort Worth Telegram

“It is a world like no other told by an author like no other. If you are not yet a Silva/Allon fan then you are missing out on one of the best series in modern literature.” — Huffington Post

“Silva is a master craftsman, and his ability to keep Allon’s story fresh after so many novels is to be deeply admired. Weaving in information from previous books while maintaining a propulsive pace, Silva has written a novel that longtime fans and first-time readers can enjoy with equal fervor.” — Chris Schluep, Amazon Best Book citation

“This page-turner deepens Allon’s legend and illuminates more of his shadowy world, all while cementing Silva’s place among the top tier of spy thriller writers.” — Kirkus