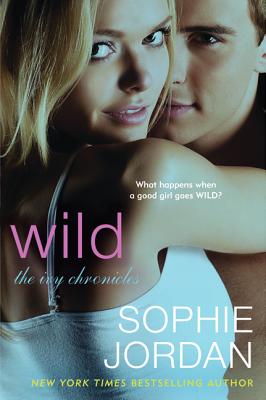 This is book number 3 in the The Ivy Chronicles series.

Months after her boyfriend dumped her, Georgia can still hear the insults he hurled at her. Boring. Predictable. Tame. Tired of feeling bad, she’s ready to change her image, and go a little wild. What better way to prove her ex wrong than a hot night of sexual adventure at the secret campus kink club?

In the shadowy den of the kink club, she unexpectedly runs into Logan Mulvaney, her friend’s little brother. A player extraordinaire too hot for his own good, he may be younger, but the guy is light years ahead when it comes to sexual experience. Now he’s telling her to go home—“good girls” don’t belong here!

Georgia is tired of having others define her. She’s going to teach Logan a lesson he won’t forget—one white hot, mind-wrecking kiss . . . that leads to another . . . and another . . . and. . . . Realizing she’s way in over her head, Georgia runs.

Only Logan won’t let her go. Everywhere she goes he’s there, making her want every inch of him. Making her forget who she is. Who he is. And just how wrong they are for each other.

“[A] passionate, compelling story that captures the confusion and giddiness of young-adult romance and sexual experimentation....…[I]n Jordan’s expert hands, [readers] are given a sexy, textured and satisfying ride. An affecting, successful foray into the new-adult genre.”
— Kirkus Reviews

Jordan makes her new-adult romance debut with a sexy love story that perfectly captures both the flirtatiously fun and emotionally tormenting aspects of college romances.
— Booklist

Praise for Foreplay: “Fun and Flirty—Foreplay was the perfect read!
— Cora Carmack

“A sexy, sweet love story that lingers with you long after you read that last line.””Sexy and sweet, you will fall in love with Reece right along with Pepper.”
— Jennifer L. Armentrout/J. Lynn

“Reece is like any good cocktail: strong, tempting and dangerous in large quantities. Having a guy like him behind the bar is sure to lead to a great time. I thought so and I’m sure you will too.”
— Jay Crownover