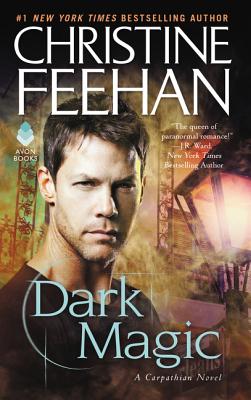 By Christine Feehan
$7.99
In Stock at Our Warehouse - Usually Ships in 1-5 Days

Young Savannah Dubrinsky was a mistress of illusion, a world-famous magician capable of mesmerizing millions. But there was one—Gregori, the Dark One—who held her in terrifying thrall. Whose cold silver eyes and heated sensuality sent shivers of danger, of desire, down her spine.

With a dark magic all his own, Gregori—the implacable hunter, the legendary healer, the most powerful of Carpathian males—whispered in Savannah’s mind that he was her destiny. That she had been born to save his immortal soul. And now, here in New Orleans, the hour had finally come to claim her. To make her completely his. In a ritual as old as time . . . and as inescapable as eternity.

Christine Feehan has had more than forty novels published, including four series which have hit #1 on the New York Times bestseller list. She is pleased to have made it onto numerous other bestseller lists as well, including Publishers Weekly, USA Today, Washington Post, BookScan, B. Dalton, Amazon, Barnes & Noble, Waldenbooks, Ingram, Borders, Rhapsody Book Club, and Walmart. In addition to being a nominee for the Romance Writers of America’s RITA® Award, she has received many honors throughout her career, including a Career Achievement Award from Romantic Times and the Borders 2008 Lifetime Achievement Award.