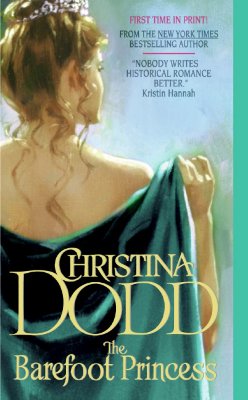 This is book number 2 in the Lost Princess Series series.

Once upon a time...in a kingdom high in the Pyrenees, three young princesses were forced to flee the chaos in their land -- vanishing without a trace and lost to their people...until the day a courageous prince can bring each princess home.

Life in exile has taught the passionate Princess Amy to hate injustice, and on the enchanting English isle of Summerwind, she finds injustice personified in the powerful and wickedly handsome Jermyn Edmondson, marquess of Northcliff. Since he has stolen the islanders' livelihood, Amy decides to steal him. She kidnaps the arrogant nobleman, chains him with his own manacles, and holds him for ransom.

It's a simple plan, destined to succeed. Surely Jermyn's uncle will pay his ransom. Alas, his uncle would be delighted if someone killed his nephew and left him to inherit the title and fortune. And holding the furious, guileful, sensual Jermyn chained in her basement provides a challenge to Amy's restraint...and her virtue.

How could such a little revenge and blackmail go so passionately wrong?