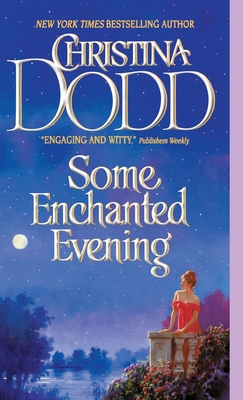 This is book number 1 in the Lost Princess Series series.

in a kingdom high in the Pyrenees, three young princesses were forced to flee the chaos in their land—vanishing without a trace and lost to their people . . . until the day a courageous prince can bring the princesses home.

One of Scotland's most dangerous men, Robert MacKenzie is dazzled by the enchanting beauty who rides into the town he is sworn to defend. Though he is wary of the exquisite stranger, Clarice stirs emotions within him that Robert buried deeply years before. And now he must have her at any cost, vowing to gain her trust through the powers of his sensuous seduction.

Torn between her need to protect her secrets and her aching desire for the dark, tormented earl of Hepburn, Clarice is pulled into Robert's glamorous world . . . and into his perilous plan for justice and revenge. And with the winds of treachery swirling around them, a runaway princess must draw Robert's heart from the shadows and make him believe in happily-ever-after.

“The vividly depicted, bawdy Georgian setting is the perfect backdrop for this highly sensual story of intrigue.”
— Library Journal on A Well Pleasured Lady

“A finely tuned tale of disguises.”
— Atlanta Journal-Constitution on A Well Pleasured Lady

Engaging and witty, Dodd’s Voice shines through on every page.
— Publishers Weekly