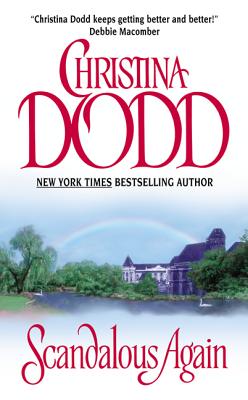 This is book number 1 in the Switching Places Series series.

Two exquisite cousins must exchange identities in a scandalous deception.

Madeline de Lacy, the duchess of Magnus, prides herself on being one of the most sensible young women in England, which is why she can't believe that, in a turn of the cards, her noble father has lost his entire estate -- and her! -- to a stranger.

On a mission to salvage her family fortune, she changes places with her cousin and companion, sending the meeker Eleanor to confront the man who had won Madeline's hand. Now, Madeline is free to enter the home of a notorious gambler, and pretends to be meek, humble, and competent with an iron. She is, of course, none of those things; she simply is resolved to win her family's fortune back. Just when she thinks matters can't get worse, she meets Gabriel Ansell, the earl of Campion, and they do. Horribly worse.

Four years ago, Madeline was engaged to Gabriel, and worshipped his arrogant kisses. Now, being forced to marry a man she doesn't know pales in comparison to the ordeal of facing Gabriel again, the man who betrayed her -- Gabriel, the only man she ever loved.